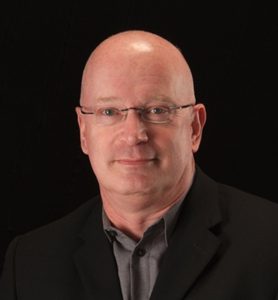 Dave Neal is a leading expert on the intersection of startups, law and finance.  As a result of his more than two decades as a founder, C Level team member and financier of early stage companies, he has amassed broad experience in all sectors of the startup landscape. He has managed more than $325 million in financings during his career.

Dave is the Managing Director of Accelerant Ventures, LLC., a consulting practice for early stage technology companies. Dave was Co-Founder and Managing Director of The Startup Factory, the preeminent technology accelerator in the Southeast.  Dave has performed Chairman, CEO, CFO and General Counsel roles since 1994.In 2011 Dave joined Chris Heivly, a serial software entrepreneur and a co-founder of MapQuest, to raise the capital for The Startup Factory. TSF made 35 investments from 2012-15, focusing on lean startup methodologies and “mentorship on steroids” with these companies.

Dave previously spent eleven years as an Adjunct Professor of Entrepreneurship at the Kenan-Flagler Business School at UNC and five years as an Adjunct Professor of Law at the UNC School of Law. He co-developed the FastTrac Tech program for the Council of Entrepreneurial Development and taught that course six times. David holds a B.S. and a J.D. from the University of North Carolina at Chapel Hill, and an M.B.A. from Stanford University.

Professor of the Practice 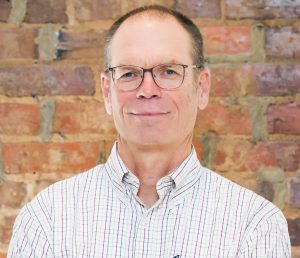 Don Rose is the former Director of UNC’s KickStart Venture Services, an entrepreneurial technology commercialization program in the Office of Commercialization and Economic Development. In addition, he is an Adjunct Professor at UNC’s Kenan-Flagler Business School. Prior to that, he held senior leadership roles at a number of life science startups:  Metabolon (metabolomics, RTP), Deerac Fluidics (nanoliter dispensing, Dublin), and DataCentric Automation (high-throughput crystallography, Nashville). Before that, he was a general partner with Catalysta Partners (now Hatteras Venture Partners), a seed stage venture fund specializing in information technology and biotechnology start-ups. During this time, Don was co-founder and CEO of Phase Bioscience, a biomaterials start-up, spun out of Duke University.   Prior to Catalysta, he was co-founder and VP of Research and Development for Cartesian Technologies, a leader in instrumentation for DNA microarrays and nanoliter dispensing. Prior to Cartesian, Dr. Rose was a research scientist at Glaxo Wellcome (now GSK) where he developed and promoted a number of technologies in bioanalytical chemistry, combinatorial chemistry and high-throughput screening. Prior to GW, Dr. Rose developed various aspects of capillary electrophoresis instrumentation at Hewlett-Packard Laboratories.  Dr. Rose received his Ph.D. in Analytical Chemistry and BS in Nutrition from the University of North Carolina. He holds six US patents and has published eight papers, two book chapters, and one book (Research to Revenue: A Practical Guide to University Start-ups (UNC Press, 2016)).

Professor of the Practice 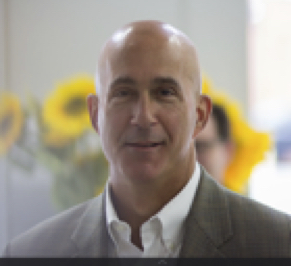 Scott Albert has over 30 years of venture capital and operating experience, primarily working with early stage and growth companies.  He is a Professor of the Practice at the Kenan Flagler Business School where he teaches Business Plan Analysis and StartUp-UNC. He is also a Venture Partner with both The Aurora Funds, Inc. (Aurora), and with CoFounders Capital, both venture capital firms in the Research Triangle Park, North Carolina.

Mr. Albert was a founding General Partner of Aurora in 1994 and heads the Technology practice.  Aurora manages nearly $250 million across five venture funds and focuses on seed and early stage financings across a broad industry mix of technology and life sciences companies.  The firm has invested in over 60 companies throughout the United States. Aurora investments that Mr. Albert has been involved in include Accipiter, Inc. (acquired by CMG), Blackboard, Inc. (NASDAQ:  BBBB, acquired by Providence Equity Partners), Dataflux Corporation (acquired by SAS), Porivo Technologies (acquired by Gomez), Unitrends Corporation (acquired by Insight Venture Partners) and StrikeIron, Inc. (acquired by Informatica.)  He also has operating experience as the CEO of a venture backed healthcare services company and as the CEO for almost 2½ years of one of Aurora’s early portfolio companies, Centice Corporation.

He is also an Entrepreneur-in-Residence at Launch Chapel Hill, a university/business accelerator associated with UNC-CH.  In addition, Mr. Albert is an Advisor to several early stage companies, including Altis BioSystems; Fixional, Inc.; Hearful; and WalletFi, Inc.

Mr. Albert is a Mentor for the Melissa & Doug Entrepreneurs Program, affiliated with Duke University, where he mentors undergraduate entrepreneurial teams.  And he is an Advisor for the Adams Apprenticeship program affiliated with UNC-CH.  Prior to founding Aurora, Mr. Albert was a General Partner at Criterion Venture Partners in Houston Texas; and an Associate at Golder, Thoma Cressey in Chicago; and an Associate at Booz, Allen and Hamilton in Chicago and New York.  He has a B.S. in Electrical Engineering from Duke University and an MBA from the University of Chicago.

Dr. Flood is the author of MBA Fundamentals: Business Writing (Kaplan Press, 2008). He also edited The Rhetorical Dimensions of Cyberspace with Beth Baldwin (1997).

His research interests include the roles of media and technology in both interpersonal and corporate communication, cross-cultural communication and global business leadership fluency.

He has consulted with the World Bank/IFC and Egyptian Institute of Directors on issues of corporate governance and educational outreach, and has led study trips to businesses in Egypt, Turkey Morocco and the United Arab Emirates.